About 50 years ago, on February 1st, 1949, a beautiful tourism two-seater, the C.A.B. Minicab took off from the Pau-Idron airfield with Max Laporte at the controls. This monoplane was designed by Yves Gardan and was not his first try. Yves Gardan had previously designed the SIPA 90 which wan a competition meant to select an aircraft of 75 hp of which 100 copies would be built for air clubs. The SIPA built 100 S.901, the production version of the prototype which had her maiden flight on June 15, 1947 in Villacoublay, with Roger Launay at the commands.

Yves Gardan was born in 1925. Further to studying at the Ecole Militaire préparatoire of Autun, Yves Gardan has been working at the Service Technique Aéronautique from 1945 to 1947, before joining the SIPA. Back then, he was a young engineer teeming with ideas, a hard worker and an enthusiast aircraft maker, provided he could act quite freely. He will leave the SIPA to remain independent, but will be back into this company later on, when allowed a free hand to set up a research department. The later will design -from 1950 to 1958- the S.200 Minijet, the smallest ever two-seater jet, in 1952, then the S.300 and the SIPA 1000 “Coccinelle”, economical two-seater bristling with cleverness but which won’t be mass produced, the SIPA 1100, an overseas air support two-seater eventually abandoned given the political situation. Back on his own -but an ill-advised businessman!- he will create the GY80 Horizon the license of which he will sell to the SOCATA which will build over 250 units. Then he will carry out various projects before setting up his own study and building firm in which he’s been working since 1970, always with a high spirit and with a dedicated team. Indeed, Yves Gardan also knows how to attract and retain people.

Trained in a military school, Yves Gardan starts his aeronautical carrier at the Air Ministry in 1945 as a engineer in charge of checking the aircraft calculation files. One year later only, he will be hired by the famous SIPA (Société Industrielle Pour l’Aéronautique) where he will design the SIPA 90 and win a contest organized by the Ministry to promote a 75 hp two-seater. 130 units of the SIPA 90 will be built, establishing the fame of the aircraft maker, fame which will be with him during all his carrier. Shortly after such success, in 1949, Yves Gardan decides to fend for himself and sets up with a friend the Constructions Aéronautiques du Béarn installed in Pau. 30 units of the Minicab, a lighter version of the SIPA 90 equipped with a less powerful engine will be produced by the firm. In addition to these, one can find over 130 homebuilt Minicab. This two-seater has won several world speed and distance records and still wins prices nowadays. In 1952, she will fly a circuit of 1080 nm at an average speed of 99 kt on a 65 hp engine: a huge performance for the time.

A neighbour of Turboméca, the idea of equipping one of his creations with a turbojet engine comes to Yves Gardan. He will therefore design the SIPA 200 Minijet, a two-seater equipped with a Turboméca Palas engine of 160 kg thrust. Interested by this aircraft, the French Army asks him to go back to the SIPA to develop it. Quickly produced, this two-seater with a wing span of 7.2 m shows surprising aerobatics qualities. A tandem two-seater, the SIPA 300 will be built, but will also remain a prototype only.

Back to his firm in Pau, Yves Gardan can continue developing light civil aircraft. Convinced that this market will develop, he works on a version derived from the Minicab, the Supercab. Equipped with a Continental engine of 90 hp and with a retractable gear, the Supercab will fly at a cruise speed of 142 kt.

Very much in demand, Yves Gardan returns to the SIPA where he finalizes the SIPA 1000 Coccinelle. The production of this economical two-seater made of tubes and fabric will stop abruptly after 3 units. The same will happen with the twin engine SIPA 1100 which will remain a prototype. These two productions will punctuate the collaboration of the engineer with SIPA, of which he’s become head of the study department. 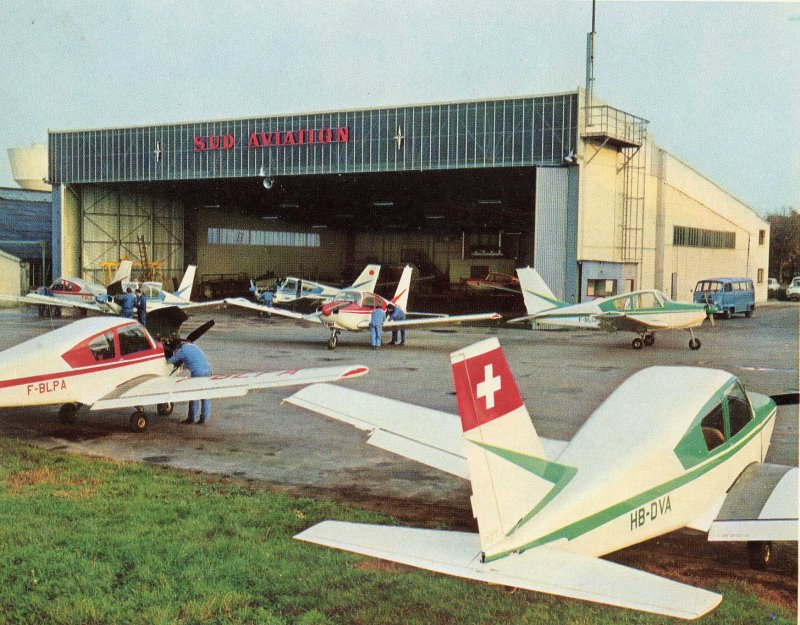 From 1958 to 1962, Yves Gardan is back to Pau where he develops a metal four-seater with combined retractable gear and flaps. The builder does not know yet the extent of the future success of the GY 80 Horizon, available with 2 possible engines (150 and 160 hp), a fixed (Sensenich) or variable (Hartzell) pitch propeller, and an optional IFR equipment. With Pierre Simon at the controls, the prototype F-WJDU built on the Courbevoie greyhound track takes off for the first time on July 21, 1960 and quickly raises the interest of the major aeronautical firms of the country. This prototype still flies, based at Le Castellet. SUD AVIATION buys the production license in the following months and will build over 270 units. As we all know, SUD AVIATION will become AEROSPATIALE and very quickly, the competition with another production aircraft of the firm, the Rallye, will prevent the massive selling of the Horizon on the market. Faced with a situation in which the firm multiplies the versions of the Rallye and lacks momentum for developing further the Horizon, Yves Gardan prefers fending for himself again.

Certified in 1971, the GY 100 Bagheera is a first evolution of the Horizon. Equipped with a fixed gear for economical reasons, the aircraft was nevertheless born during the oil crisis and Yves Gardan stops the production.

Yves Gardan is then heading towards being a subcontractor. His know-how allows him to design for SEDAM et BERTIN the cockpit, propellers, controls and engine hood of a 250 tons hovercraft. Also subcontractor of the Avions HUREL-DUBOIS, Yves Gardan is brought to study and make some tooling for the Airbus, the Mirage III and the Mirage 2000. He continues such activity today, including for the automobile production. 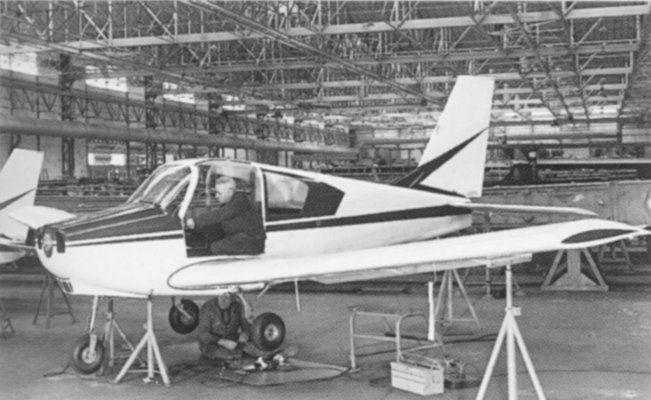 Another thirty projects have never gone beyond the drawings. His ideas and his experience in the hovercraft engine field did not coincide with the rigor of the aeronautical certification. The publication of the microlight rules in France in 1982 brings back hope to him and his projects for adapting automobile engines equipped with a reductor are back. The GY-120, a tandem two-seater microlight will never be marketed by lack of time since his subcontracting activities have rapidly become the main activity of his firm.

However, several works allow Yves Gardan to continue showing his talents of aeronautical engineer to the world. He will convert a TB20 in a gust-absorbing aircraft. His way to obtain that is by inserting an articulated canard structure with a variable dihedral and a flap through the engine frame structure. The vertical stabilizer is changed so as to bear the horizontal stabilizer on top and form a T-tail. The wing is equipped with a double articulated flap. An experimental Horizon has been modified according to the same principle, the F_WREI. In the same innovating spirit, a Merlin has been completely modified to be used as a demonstrator. Various probes in the nose and fuselage allow the aircraft to be used as a meteorology measuring center.

Nowadays, Yves Gardan is still very active in the field of aeronautics. He is ready to resume his microlight project, of which he should launch very soon a side by side two-seater version. An active member of the Association des Propriétaires d’Avion GARDAN (APAG) -one of the most active in France-, his creations are surprisingly coveted. Being the representative of a certain time, the French aircraft maker still carries the hope to be able to make an airplane altogether light, popular, reliable and affordable by many. But isn’t this already done ?

Yves Gardan leave us in July 2009, few days after the death of his wife. 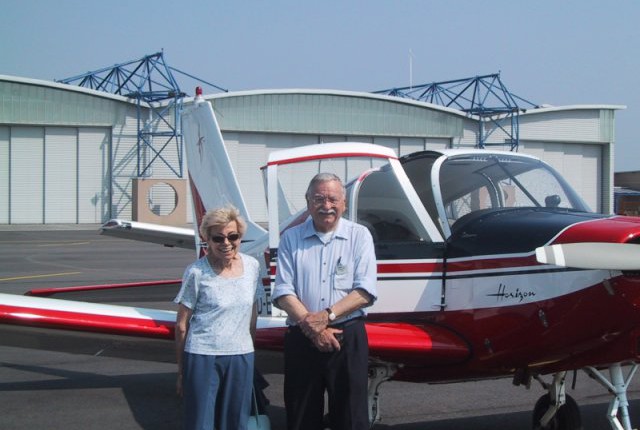